Why Home Meetings Are Obsolete in Today’s Network Marketing World

To put it bluntly…

I’ll explain why it a moment…

And look, I’m not here to knock these old strategies or be unnecessarily critical; I’m just making a rational argument for moving into the future (…and by future, I honestly mean the PRESENT).

Today, I’m going to share some private conversations I’ve had with network marketing leaders (for & against going online) in the profession to make some important points.

But first, let’s back up a bit because a couple years ago my mentor, Ferny, who I’ve learned so much from… 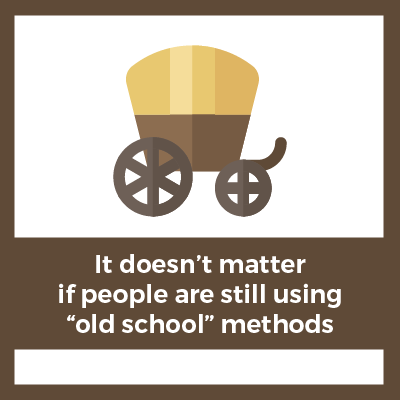 …and I’ll tell you what prompted him to continue down this path.

A clue: it wasn’t for the money!

Here’s the thing…what I’ve learned from him and Elite Marketing Pro (EMP) works.

In fact, it works for ANY business, though they design what they teach especially to help network marketers move into the 21st century and create more time-freedom and leverage (…on top of the benefits already provided by success in network marketing).

Anyway, like I mentioned, it wasn’t too long ago that he almost stopped serving the network marketing space.

He retired from traditional network marketing in 2012

…for the exact same reasons MANY other network marketing trainers did.

He didn’t make any big announcement or announce his retirement on a blog. He just stopped building his network marketing business and quietly stepped away to focus on building his training business online.

But, at that time, he also had a tough decision to make…

…the same way his mentors helped him?

OR should he go into other markets, which are more progressive, innovative and welcoming towards the latest online business-building methods.

His business partner was not too enthused about continuing in the network marketing space, so it strained their partnership.

Eventually, they had to part ways, because they had different visions for their business.

He didn’t want to deal with the constant negativity and small mindedness from the ‘old school’ crowd in network marketing.

And Ferny couldn’t say he blamed him. To this day, they get a constant barrage of bad mouthing and even what he would legally classify as defamation from old-school leaders in network marketing to their teams, leaders and colleagues.

That’s been going on since the very beginning and he could tell you some incredible stories of underhanded things some old school leaders, (people you think have a level head), have said to his colleagues and mentors.

The irony is, a lot of these top leaders and trainers who were critical and very public about their anti-attraction marketing stance, today use online marketing strategies to build their respective businesses – coaching, training, tools, systems and network marketing incomes.

So, in my opinion…

There was a level of blatant hypocrisy among top leaders then and today!

The bottom line is—it would have been easy for him to walk away from network marketing altogether.

It’s honestly the only industry/profession that pushes back against innovation and he say’s that with all due respect to everybody who’s in network marketing.

Ferny has lots of dear friends who are top earners, and have created enormous success in the network marketing space – online & offline.

But it’s easy to walk away and say…

“I don’t need to deal with this BS. There’s plenty of other professions, entrepreneurs or businesses that I can build that don’t push back against innovation. In fact, they encourage it and they thrive on it.”

The world is your oyster with online marketing skills! 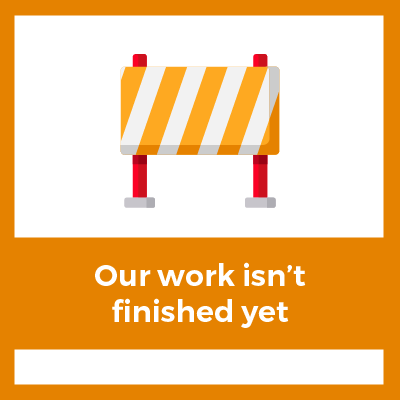 Making money online, as an online marketer, is fun and, quite frankly, easy.

Once you learn the skills, you can work & build businesses in almost any arena and it can be more interesting getting into something new.

But Ferny chose to stay and serve the network marketing space because he honestly doesn’t feel like his work with ‘attraction marketers’ is done.

He’s here to save people.

Just like his mentors (and mine!), Mike Dillard and Tim Erway, saved him from the misery of building the old-school way, with an old-school company back in 2006.

They brought him into this new way of building and it gave him absolute freedom by using the skillsets that he knows now.

That’s why he chose to stay. And I personally, am grateful that he did stay.

It’s not for the money, trust me.

Out of the 1000+ new members that he attracts per month through EMP, he doesn’t earn a single dollar in profit from 95% of their clients. (If you’re a customer, EMP Insider, or VIP member—you’re essentially being served by the non-profit wing of his business!)

In fact, he recently acquired a company in the e-commerce space with a similar business model, yet the profit margins are MUCH BIGGER and he doesn’t have to deal with any of the backlash from leaders in that market.

His work is not done!

Case in point: He had a conversation with his friend, Steve, recently.

He mentioned that for a period of time after his mentor, Mike Dillard, decided to step away from the network marketing space, there was this “philosophical void” that existed in network marketing and the profession was moving backwards.

Mike, if you’re not familiar, was the guy who started this revolution of “attraction marketing”, and he stepped away for all the reasons that have been stated—the negativity and the vitriol coming from the old-school camp.

Basically, he chose to step away, because he saw bigger opportunities without all the BS.

And as a result, he was able to multiply his net-worth many times over, using the skills and the mastery that he had in marketing, serving a different market.

Since Mike walked away few were focused on helping people use online strategies for building their network marketing business in a meaningful way and seeking more efficient, more progressive way of doing things.

If it works for you, great.

But like his mentors, he’s focused on bringing this industry into the 21st century.

Per Steve, it was the resurgence of Elite Marketing Pro and Ferny joining the company in 2014, which resulted in that voice advocating for innovation again.

You can’t imagine how humbled he is to be able to carry on Mike Dillard’s legacy.

Now he’s seen a resurgence and a new energy around ‘attraction marketing’, especially as it relates to social media.

At the same time…

In a conversation with another network marketing trainer…

He was telling Ferny …

“I know these old ladies who are crushing it with home parties. How can you say that home parties or stuff like that is dead or dying? I know people making a killing doing this stuff.”

And he’s on the phone thinking …

His tribe doesn’t want to build that way.

We focus on attracting the people who are fed up with these old ways of doing things. To them, OLD SCHOOL is Dead!

Or sometimes they want to augment the things they’re already doing, because they want to create more leverage.

Top earners, especially those under 35, approach him every day by Messenger, phone call, or email and say…

Their message is clear.

And sure, some are over 35, but especially the younger top earners, who put in the effort & reaping the income rewards with home meetings and hotel meetings, are maxed out with their time!

So even if they’re doing multiple-six figures, they have no time freedom! …because they have TOO MANY F’ing meetings.

They’re sick of it.

They’re trying to find better ways to leverage their time so they can spend more time at home with their families while still building their businesses.

That’s who I want to attract.

So, are home meetings and hotel meetings dead?

Well they’re dead for the people who know there’s a better way!

People who find the old way of building intolerable are looking for a different way.

I think home meetings and hotel meetings are as dead as the flip-phone.

This reminds me of something the CEO of Blockbuster Video said, when Netflix first launched…

He claimed that people liked to hold DVDs in their hands, so there was no need to worry.

Ummm…no, and people don’t want to leave their house either!

They want to be able to instantly watch a movie, without getting out of bed.

So if you’re in the business of keeping it old-school, then you’re going to justify in your mind why that’s a good idea.

Video tapes, movie recorders, cassettes, landlines, and DVDs are all examples of once awesome technologies that are no longer relevant.

Now let’s talk about some things that are still being widely used, but will be becoming obsolete in the near future:

These things are still widely used, but the numbers are dwindling and the writing’s on the wall.

So the point is not old-school versus new-school It’s about giving people the opportunity to progress and evolve and discover new skills that are going to be valuable to them in the future.

That’s why we fight so hard.

Because it empowers them with skills that they can take anywhere, should the worst happen with their company, or should they decide to move on.

They’re empowered with skills so they can build any business they want.

Network marketing was a means to an end.

We had a dream of some other kind of venture that could be funded by what we’re doing here in network marketing.

That dream business you have in mind?

It’s not going to be possible unless you learn online marketing and advertising skills!

That’s why, Ferny and Elite Marketing Pro, empowers people like you with the skills you need to build ANY type of business online.

And we’re willing to teach these strategies in an honest and direct way and have the type of conversations that no other trainer or leader in this industry is willing to have with you.

So look, if you like doing home parties or whatever, that’s awesome – keep doing ’em. You’re not who we are looking for.

But at some point, you’ll find that you and your team won’t want to spend time away from your families.

Younger millennials are not going to build old school.

Trust me; they’re not going to do business that way because they’re far too evolved from a technology standpoint in order to take a step back.

Simply click here and I’ll gladly give you access to my online recruiting bootcamp to get you started.

And if you found this content helpful, I would love to read your comments below!

P.S. And if you want access to the free 10-Day Bootcamp, click the banner below and you’ll get it sent to your email right away!